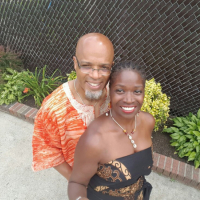 It's your right to KNOW THE TRUTH!

Contact me TODAY to schedule a LIVE virtual tour and claim your $100 in FREE non-toxic cleaners from our online shopping club.

It was a dark place…

Deep down inside, I (Daria) always knew I had an entrepreneur's spirit. I just didn’t have the confidence to do my own thing. That thought scared me stiff, you know. I was also worried about what others thought and what they would say to me. More importantly, I didn’t trust my own thoughts and feelings. I constantly sought someone else’s opinion. I found myself always comparing myself to others, feeling worse after I made the comparison. Can you relate? The knots tied up in my stomach as if it was that time of the month, I hated that. It was like I felt I always had to prove myself to others.

I (Willy) on the other hand would constantly try my hand at being an entrepreneur and when it did not go well, then would resign to the notion that it was not in the cards for me.

I would just talk myself right out of making things happen again. Yet I knew so many successful business people in my personal and professional circles.

Who are Willy and Daria? 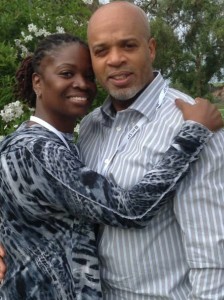 Married for 13 years, between us 3 divorces, 2 children, Erica (30) and Jameel (23) and a granddaughter, Chloe (7). We also have a host of nephews, nieces and God Children that we adore. We live in Brooklyn, New York and we are Special Education Teachers. We have been Home-business Entrepreneurs for 4 years and loving it.

We met in 2001 in church. We were both casted for a production that is done yearly called “The MAAFA”. There we were in the midst of this large congregation for years and we had not met until then. We got to know each other from working together during the production. We only saw each other 4 times during the week from May to September. We would talk up a storm on our cell phones sometimes past 1 o’clock in the morning. When our country experienced 9/11, I was silently losing my mind and could not think of any other person I wanted to be with but Daria. I really didn’t know how or why I felt that way, but sometimes you just have to follow your gut. Heck on that day I was suppose to be in that building.

By the end of the production we became soul mates.

We got married a year later and life was blissful.

It All Fell Apart

And then it happened…we allowed outside opinions to enter our marriage and it went down hill from there. The 9 years we built got punched in the rib cage and it got to the point where we couldn’t stand to be in the same room with each other. What was so sweet and easy, became a burden and hard. We lost our way and transformed into the broken and wounded souls we often read about. That all lead to having doubts about that decision we made 9 years ago…

Could this be happening…

We tried the counseling thing; reached a point where we had to make a hard-core decision. Do we stay or do we throw it all away?  With the recommendation of our therapist we decided to separate. Imagine 9 years can get trashed so fast, like we did not know what went wrong. After a heated exchange of words one evening I (Willy) put my stuff in storage and left, believing I would never return. To our surprise, we departed from each other civilly and amicably.

It was not easy running a household that was once ran by two people. I decided to work on myself and took the “Landmark Forum” suggested by Willy. I went in kicking and screaming. It was a different type of workshop I had never experienced before. I was on an emotional roller coaster the entire weekend. I remember the huge room of strangers and hearing terminology I was unfamiliar with.  I felt better in a dentist office, getting a root canal, really I did. Then within minutes I started to experience a shift in my thinking I could not yet explain, but felt it.

We where given an assignment to call someone who we needed to apologize to during our lunch-break. It was amazing to see all of my classmates on the phone along 35th street in Manhattan calling folk. I decided to call Willy. I couldn’t barely get the words out for I was crying so much. I was just crying and talking at the same time. Like nobody was going the understand this, but I needed to. It was the first interaction we had since he left.

It was a Saturday and I was at the movies with my current lady, I never heard my phone ring, so it went into voicemail. While in the restroom I heard Daria’s message and without a doubt I knew she had experienced a break-through, a clearing of the heart and mind. Something came over me and I could NEVER explain even if I knew every word in the dictionary. I waited 24 hours before I returned her call. I kept things normal with my girl for as long as I could, but things began to go by the wayside anyway and you know how that goes. 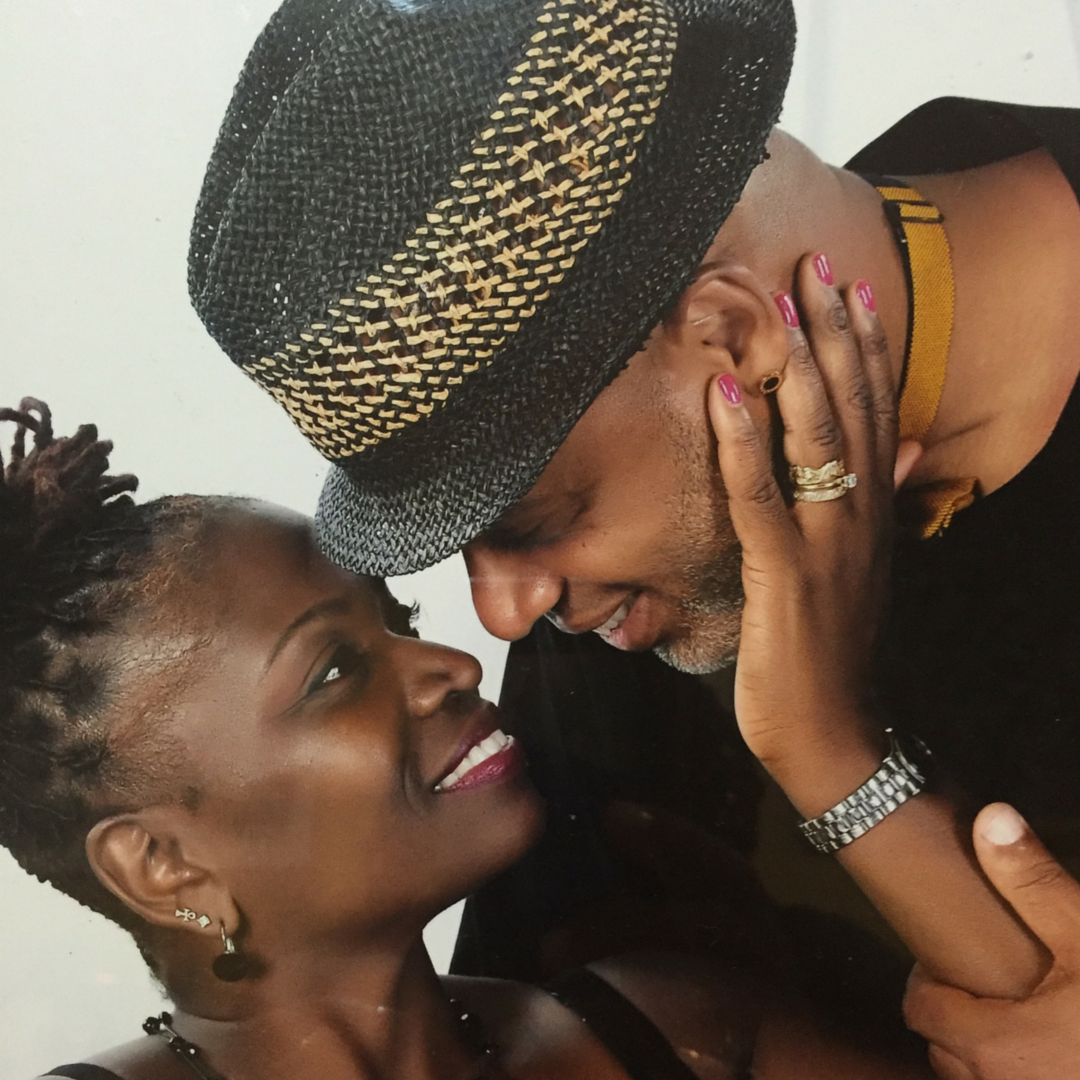 After a year of physical separation we both knew we needed a different plan to make the relationship better than what it was before. We laid all the cards on the table, became extremely transparent and moved from there.

While I was gone, Daria found MLSP and I was doing an Associates Program with University Of Phoenix. She stayed focused on Home business and I focused on my online schooling. We went to church service and social events, as we continued to grind our separate projects.

I really did not understand why she was coming to bed so late and even when she did come to bed early she never slept well. She would say her mind was spinning, needless to say my school work did not impact me like that so, I could not relate. Heck, I was upset, but I respected her grind as she did mine. I supported her as best as I could, I was doing well in my program, but she was busy struggling to understand the software and talking to others on how to get it right. One day I was about to demand she just stop this madness, because it was working my last nerve, but it was not a great way for us to restart our life together.

So while we were both on the computer, we had the same big picture in the background, but were taking different avenues to reach it. Then Daria invited me to join her at LIVE THE DREAM 2, I told her I would support her by giving her 1-day and the rest of the time I would enjoy the Disney Property it was being held at. So we flew from JFK to Florida and got in late that night. We ate pizza and had to get up for 7am for the registration. It was hell in the morning and I didn’t drink coffee at the time, so I did my best not to appear unfriendly and the first person we met was Mr. Rob Fore.

I knew nothing about him, so Daria did most of the talking. And I just looked around at the people streaming into the space. They got started on time with Jairek Robbins. I listened to the likes of Tim Erway, Tracy Walker, Mr. Ray Higdon and others. It was Ray Higdon I was most impressed with, I mean everyone was AWESOME, but some how Ray’s presentation brought it home for me and by lunch I was in as a partner and we never looked back. Feeling really complete now, this event provided a painkiller for our woes…

Why We Joined The MLM Community 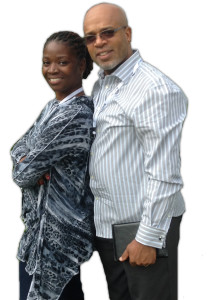 We were approached about many MLM opportunities on numerous occasions. We finally decided to get in because we could see the possibilities that own skills would bring to the industry. We wanted the lifestyle that MLM opportunities could offer.

Can YOU see yourself free of an alarm clock?

For starters like us, it was the ticket out of the mundane life style of working for someone else (having someone else control our income regardless of how hard we worked). Not having to worry about price tags, traveling everywhere and at any time with the freedom to choose and with no worries.

Can you imagine a life without measuring your expenses?

With both of us working full-time, a combined work experience of over 30 years of teaching, earning a 6 figure salary, and we are living from paycheck to paycheck. Sugar Honey Ice Tea, it hurts every time payday, tax day, Christmas and New Years comes around.

We wondered where did we go wrong and how the option of going to go back to school to be in more student loan debt and still struggling to pay it off was daunting. Look, if you have a job that you love and it makes you really happy,  super and more power to you.  NO DISRESPECT at all, BUT as for me and Daria HELL to the NO we are not going out like that….

The worst part is, after our teaching bit is over, we'd retire to live off of half pay, reduced medical coverage, while the cost of living will continue to rise, because we do not control of our income…

As educators we have a lot of vacation time and do travel, but not exactly when we want to. 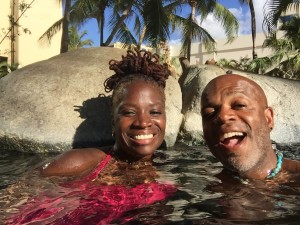 The bottom line is we want more time and the freedom to do the things we love to do like, travel, spend time with our family and friends, watch our granddaughter grow up along with the host of other children in our lives. We aspire to age in PEACE and GRACE, without worries of how we paying for this and that…

Right about now, I know you feeling what I am saying…

The MLM industry can give you the best of both worlds, by building a profitable business the right way and the freedom to always to call your own shots.

We know the challenges of working your own business online or offline, we are very blessed to have garnered the coaching of some of the very best this industry has to offer.

Our no quit, no surrender attitudes are very contagious, we explain everything with straight talk and keep everything super simple. In the end increasing the control over our income has become the only logical option to off set whatever life brings to the party of living…

Helping YOU create the Life YOU Deserve,

Knowledge has no power without action.